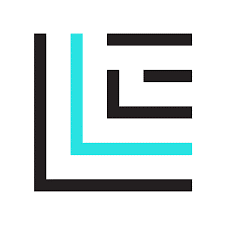 One of Africa’s top legal mining and natural resources teams has been re-established as a new boutique firm.

In an exclusive interview, Johannesburg-based lawyer Warren Beech confirmed that, with long-time partners, Nicholas Veltman, Eben van Zyl and Refiloe Vengeni, he had left Eversheds Sutherland to go it alone.

Beech said the new firm, Beech Veltman Incorporated, would be focused on being even more responsive to client need, cut overheads and make their services more affordable to clients. These include some of the biggest names in global mining, renewables and infrastructure including Anglo American, Sasol, Glencore, Royal Bafokeng Platinum, and South 32.

The new firm has its offices in Sandton, a suburb of Johannesburg. The lawyers work across numerous African jurisdictions, including South Africa, Zambia, Zimbabwe, Tanzania, Ghana, the DRC, and Mozambique.

“We are the same team but we have also brought in two additional lawyers,” Beech confirmed, and “we are in discussion with other lawyers who want to join us”.

Moving away from Eversheds Sutherland South Africa was based on the partners’ own forecast for 2020 which took into consideration what was to come for the Mining and Natural Resources clients – and that was before Covid-19 was a factor.

“We knew it would be an extremely difficult and challenging year, for various reasons, including reduced commodity prices and demand, the uncertain regulatory framework, and increased pressure generally being placed on the Mining and Natural Resources sector. Global law firms also often charge fees which are aligned across the world, but for the South African / African context, these are often too high. An important part of our move to establish Beech Veltman Incorporated was to cut overheads, so that we could pass on these savings to our clients. We also wanted to ensure that we were even more responsive, agile, and accommodating of client needs, in the current economic climate, as our clients continue to navigate the Covid 19 landscape”.

Beech said that, in his experience, law firms tended to “work in cycles” for periods of approximately ten to twelve years, with work moving from bigger firms to smaller boutique firms, depending on the economic climate.

“We last saw a shift from boutique firms, to larger firms, around 2010, and  a shift back to boutique firms, in the current environment”. This is largely due to the demand for less frills, and more cost effective, multi-disciplinary, sector-focused services.

In April 2019 the same team left Hogan Lovells to join Eversheds Sutherland, giving the latter their first foothold in the African mining market. At the time, Beech said this was driven by the team’s search for a broader practice environment. The current state of the global economy required a re-assessment, and a means of access to an even broader environment, as an independent firm, which can work closely with other local and global firms. Beech Veltman will also continue to work with Eversheds Sutherland on various matters.

He said the mining industry in South Africa remained “extremely dynamic”, particularly with the vast array of legislation which regulates the industry. Adding to this, is a complex and uncertain regulatory framework, infrastructure demand, aging mines where rehabilitation has now a significant factor, and growing community expectation and activism.

Mining companies are also picking up the added burden of municipal responsibility providing basic services and infrastructure. Health care provision has always been excellent with a lot of effort invested in treating and controlling diseases like tuberculosis and HIV/Aids. Covid-19 will be a major factor going forward but, with the systems already in place, this can be managed appropriately, he said.