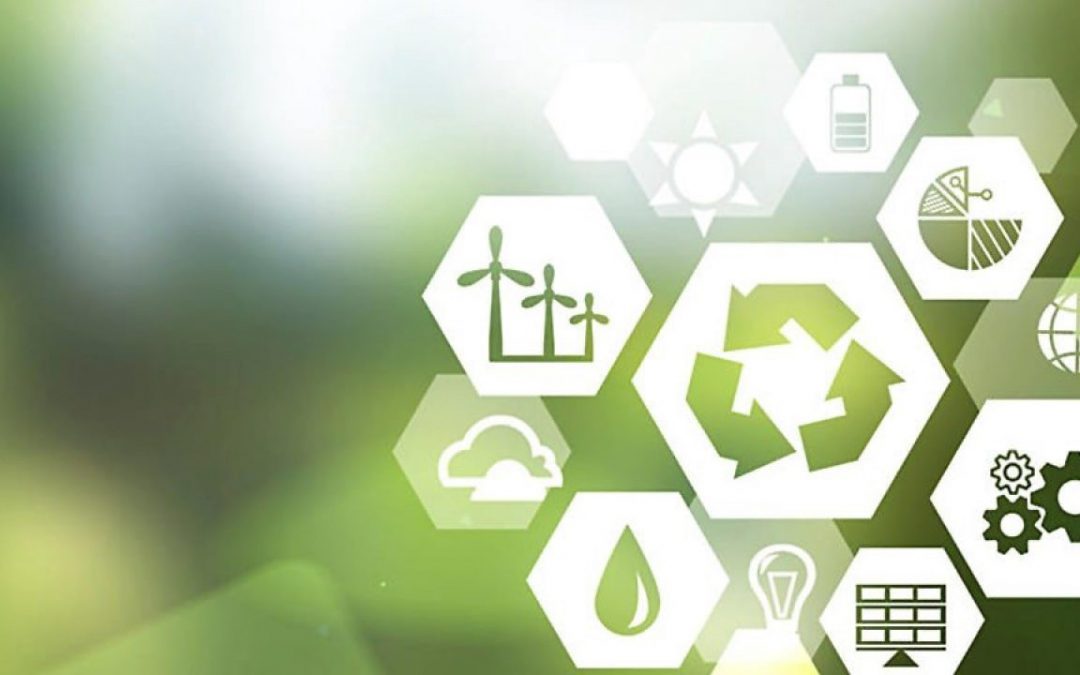 The global transition to the “green economy” has been gaining momentum, but there have also been significant challenges, including the Covid-19 pandemic and the impact that this has had not only on the South Africa Mining and Natural Resources Sector, but also the global Mining and Natural Resources Sector. There has been reduced global demand for many minerals, except for those that have “safe haven” status like gold, and minerals that support the “green economy”.

Environmental, Social and Governance (ESG) has become a major consideration for investment, particularly in the Mining and Natural Resources Sector.

Historically, investment decisions were generally based on whether there would be good financial returns within a timeframe determined by the investor, with little or no regard to the impacts or potential impacts flowing from the investment decision, including on the environment, social impacts on communities in and around the operations, and the impacts on governance structures such as local and traditional leaders.

The more holistic approach and framework that has developed over the last few years into the current ESG Principles, arose out of both voluntary assumption of the ESG Principles by companies wanting to “do the right thing”, and changes that have been forced on companies by, for example, the significant increase in stakeholder activism, particularly local communities, and the move towards the “social licence to operate”.

ESG focuses, holistically, on three components. The environmental component includes climate change and carbon emissions, preservation of water sources, alternative energy (renewable) sources and the move away from fossil fuels, and biodiversity. The social component includes the “social licence”, benefitting local communities, diversity in the workplace, anti-bribery and corruption and human rights, and employment practices which are aligned with anti-discrimination, employment equity, and fair treatment processes. The governance component focuses strongly on corporate governance and structures, anti-bribery and corruption, and ethical political contributions. The components of ESG are wide-ranging, and are normally influenced and determined by the status of the economy of a particular country, political views of the day, and the social and environmental drivers at a particular point in time. Regardless of these nuances, the fact remains that, collectively and holistically, ESG is becoming an increasingly important determinator of “what good looks like”, and is, increasingly, impacting on investment decisions.

Companies, specifically, and industries more generally, that have a strong ESG focus, are attracting more investment. Conversely, those companies and industries which are not doing well, when measured against the ESG Principles, are facing more and more challenges from traditional investors.

In South Africa (and several other countries), a good example is the coal mining industry. While we have, for several years, expressed the view that coal mining will remain an important contributor to South Africa’s energy sources, for the foreseeable future, this does not of course mean that South Africa’s reliance on coal-fired energy will be forever. Many of the South African mining-giants, with coal mines, have re-positioned their coal mining assets, and several have disposed or are in the process of disposing of their coal mining assets, often, as a result of the shift in focus to ESG, and stakeholder demands (including shareholders) for an exit from fossil fuels. This has resulted in strong localisation of South Africa’s coal mines, driven by South Africa’s medium to longer term reliance on coal-fired power stations and the significant challenges around implementation of alternative energy sources and renewable energies.

While ESG is playing a crucial role in the transformation of South Africa’s mining industry, the realities of energy demand, mean that the move towards holistic investment decision-making based on ESG Principles, will take a little longer to implement.

South Africa has a long history of mining, which means that South Africa has aging mines which are not easily converted to more efficient mining methods, and remain labour-intensive. This, together with stakeholder demands, particularly communities, in and around South Africa’s mines, probably means that, while ESG Principles will be taken into account in investment and operational decisions, stakeholder demands and the continuous need to deliver on social commitments, will impact on the prominence that ESG Principles are given in investment and operational decision-making.

Various ESG factors are typically considered by investors when deciding on which companies to invest in, and within the context of the Mining and Natural Resources Sector, these factors can contribute and affect a mining company’s overall performance.

Many investors, to their detriment, fail to acknowledge just how important the “social licence to mine” is, and the extent to which communities can either prevent mining operations from commencing, or once they have commenced, disrupt mining operations, for long periods. The social element of ESG has become a strong focus point for investors in the mining industry and mining companies, not only because many mining companies believe that this is the right thing to do, but also because of the strong regulatory framework under the Mineral and Petroleum Resources Development Act, No. 28 of 2002 (MPRDA) which requires mining companies that hold mining rights, to prepare and implement a Social and Labour Plan, and other programmes, to benefit local communities, which are enforced through strong mechanisms in the MPRDA, including the threat of suspension or cancellation of the mining right for failure to comply with the Social and Labour Plan.

The environmental principle or element of ESG has also become extremely prominent for various reasons including the tightening-up of South Africa’s Environmental Laws and compliance frameworks, the role of environmental activists and non-governmental organisations, and regulators (both the Department of Mineral Resources and Energy and the Department Forestry, Fisheries and the Environment), which take enforcement responsibilities, very seriously.

Major events such as tailings storage facility failures have also highlighted just how dramatic the impacts can be, encouraging mining companies to review their environmental strategies or face rigorous enforcement, reputational damage, and vast expenditure to remedy the damage caused.

This does not mean that the governance principle plays a backseat role – corporate governance, anti-bribery and corruption, and human rights, are in the spotlight, at most companies, and in South Africa, corruption is constantly in the media.

The Covid-19 pandemic, and the consequences, including the various lockdown measures, have highlighted just how important ESG Principles are and while many businesses have closed their doors, some businesses, including mines, that are surviving, have a strong focus on ESG Principles, and compliance with environmental laws, including carbon tax requirements.

The mining industry has, generally, acknowledged its contribution to climate change, through the emission of greenhouse gases (GHG) and supports the move to renewable energy sources.

However, compliance with the Carbon Tax Act, No. 15 of 2019 (Carbon Tax Act) by the mining industry, has been extremely challenging.

The Carbon Tax Act is aimed at reducing the impact of climate change through a transition to a low-carbon economy.

The implementation of carbon tax is focused on reflecting the costs of pollution and climate change, in the final price of products and, where appropriate, services, and is generally aligned with the “polluter pays” principle.

The Carbon Tax Act contemplates phases of implementation, with Phase 1 having commenced on 1 June 2019.

The Carbon Tax Act contemplates that the annual rate of tax will be increased by the amount of the Consumer Price Inflation plus 2% for the preceding tax period.

During the first phase, allowances are available, to reduce the amount of tax payable. The mining industry, despite such allowances, estimated a dramatic increase in costs, impacting significantly on many mining companies which were already operating marginal mines, at the time. The implementation of Covid-19 measures, with the subsequent impact on the ability to continue production levels, (which, ironically, may impact positively on GHG emissions), adds to the concerns surrounding the viability of many of South Africa’s mines.

The increase, after 31 December 2022, will, in many cases, worsen this position.

The Carbon Tax Act cannot however be looked at in isolation. The Environmental Laws, holistically, are aimed at reducing pollution, and impacts on the environment, and there is a complex framework of laws that need to be complied with.

Compliance with Environmental Laws, including the Carbon Tax Act, significantly increase the costs of operations which will be a significant challenge, going forward, particularly in the wake of the Covid-19 pandemic.

Enforcement of the Carbon Tax Act rests with the South African Revenue Services (SARS), with the assistance of the environmental and mining regulators including the Department of Environment, Forestry and Fisheries.

Penalties for non-compliance in relation to registration, data reporting, and payment of the carbon tax, can result in prosecution of the emitter (company that emits GHG gases), its directors, officers, and subject matter specialists.

Any increase in the rate of carbon tax, will contribute, significantly, to already-constrained resources at South African mines and may contribute to the number of mines being placed into business rescue, on care and maintenance, and possibly, liquidation.

To meet the challenges associated with carbon tax, investors and mining companies that are starting projects will need to ensure that technology is implemented which reduces GHGs., significantly.

It becomes extremely difficult for existing mining companies, with older technology, to meet requirements on air quality and emissions, and, as a consequence, payment of carbon tax, and the focus, at these mines, will need to be on optimal and efficient production cycles.

New technology or replacement technology has cost-consequences, and this will need to be factored into all decision-making surrounding ongoing operations and new operations.

The costs of compliance with emission requirements, and the payment of carbon tax, is extensive, and this inevitably means re-prioritisation of budgetary allocation.

The Covid-19 pandemic and the various measures that have been implemented, have reduced GHG emissions, in many cases, but, as South Africa’s mining industry continues to recover, this will inevitably contribute to rising GHG emissions.