Harassment in the workplace – A matter of Health and Safety 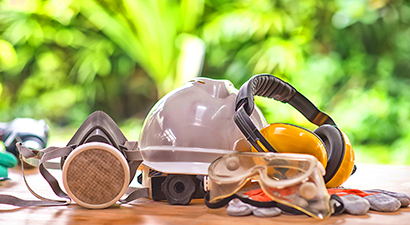 In the last century, significant changes have occurred in working places around the world, where women have entered sectors which were traditionally male dominated, such as the mining industry. While progress had been made to afford women equal opportunities in male dominated workplaces, legislation did not keep up with the rapidly changing employment landscape to address gender-based harassment and to ensure safe working places that are free of harassment. Since 1994, the South African government has developed legislative and policy frameworks that aim to strengthen gender equality and, subsequently, the participation of women in mining. However, these policies did little to address the gender-based discrimination that still existed in male dominated working environments. Workplace dynamics are shifting against the backdrop of #MeToo, Black Lives Matter and other global movements related to gender-based discrimination.

Rio Tinto supports the approach that work health and safety legislation can be used to drive meaningful change on sexual harassment in the workplace and believes that sexual harassment should be treated as a safety issue. In its submission to the inquiry into sexual harassment against women in the FIFO (fly-in fly-out) Mining Industry, Rio Tinto stated that “From a cultural perspective, health and safety is a concept which mining companies and workers have a high level of familiarity. Safety and risk management processes are clearly defined and workplace discussion about safety is normalised.  Positioning sexual harassment as a safety matter can assist in making it “everyone’s business” rather than it being perceived as a Human Resources issue which needs to be addressed between individuals.” Sexual harassment is an issue that requires strong and immediate intervention, including a robust prevention and response approach.

Section 5(1) of the Mine Health and Safety Act No. 29 of 1996 (“MHSA”) requires the employer to provide and maintain a working environment that is safe and without risk to the health of employees. Section 11 of the MHSA further requires the employer to assess and respond to risk by identifying the hazards to health or safety which employees may be exposed to while they are at work. The employer is required to take such steps as may be reasonably practicable to eliminate or mitigate the hazard or potential hazard. Where the nature of the employee’s duties are of such a nature that they are exposed to health and safety hazards such as sexual harassment while at work, the employer must take steps as may be reasonably practicable to eliminate or mitigate this hazard.

The Minerals Council of South Africa published a “Women in mining in South Africa fact sheet” in March 2020 (“the Fact Sheet”). In the Fact Sheet, the Minerals Council of South Africa states that “One of the biggest concerns facing women who want to work underground is safety – specifically the risk of sexual harassment, and even sexual violence, directed at them by their male colleagues and by illegal miners. Underground conditions mean that women are often especially vulnerable. Crowded conveyances, poorly lit tunnels and work areas, the lack of toilet and changing facilities, and the fact that there are very few other women working near them, all make working underground more difficult for women. Almost daily, women across the industry report incidents of physical assault, verbal abuse, being asked to trade sexual favours for employment or other benefits, or being placed in more junior positions with less pay than their male counterparts. There have also been incidents of rape. Part of the problem is the patriarchal and sexist culture that exists in South African society, and which is widely prevalent in the mining industry.”

Some of the safety changes that have been implemented by employers to enable women to feel safe when working underground, include improving lighting; providing safe toilet facilities, shower and changing facilities; and (in some instances) ensuring that women have work buddies who make sure they do not have to move around quiet areas on their own. The mining industry also acknowledges that the best way to ensure women’s safety at work is to change the mindset of their male colleagues and this is an abiding priority, which may require effort and time in a traditionally male- dominated industry.

Sexual harassment is indeed a matter of health and safety which should be addressed in the safe way as any other significant hazards and risks which are prevalent in the workplace, in compliance with the obligations of the employer in accordance to the provisions of the MHSA.  The New Code of Practice is a major improvement on the Old Code and is a major step forward in aligning our legislation with international best practices for workplaces by specifically addressing harassment in the workplace and by requiring the employer to take the necessary steps to eliminate the harassment.

Should you require any more information, please contact Eben van Zyl at eben@bv-inc.co.za or Refiloe Vengeni at refiloe@bv-inc.co.za .